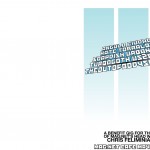 mag:net’s always been more than a business to me, it’s been a second home. i’ve had the honor of meeting and hanging out with some of the most wonderful people at the bar. many of my favorite musical moments happened on our stage . i shot a movie and two music videos there. my band was formed there. one of my relationships grew amidst rockeokes and broadwayokes. many marriage proposals were made,all of them successful. and i can say with pride and honor that we have the most lovable crew to ever serve you, from the friendly Jon Lovitz look-alike John to our crazy comedian bartender Rogel.

this is the last major gig we’re having, and it’s a fundraiser for the son of everyone’s favorite head waiter, Chris Feliminiano (yung kamukha daw ni Redford White).a few weeks ago Chris’s 12 year-old son had an accident and fell off the second floor of their home. he’s undergoing an operation right now, which is quite costly, and proceeds from the gig will go to helping Chris pay for it.

with performances by Urbandub,  Angulo, Ciudad, Us-2 Evil-0, The Dorques, Kate Torralba, Soapdish, Turbogoth and The Out of Body Special. entrance is 200 w one free beer. let’s all get together and celebrate rakenrol one last time. it’ll probably be your last chance to sneak to the third floor and MOMOL with someone.

(much love to Carlo Casas who did the poster)