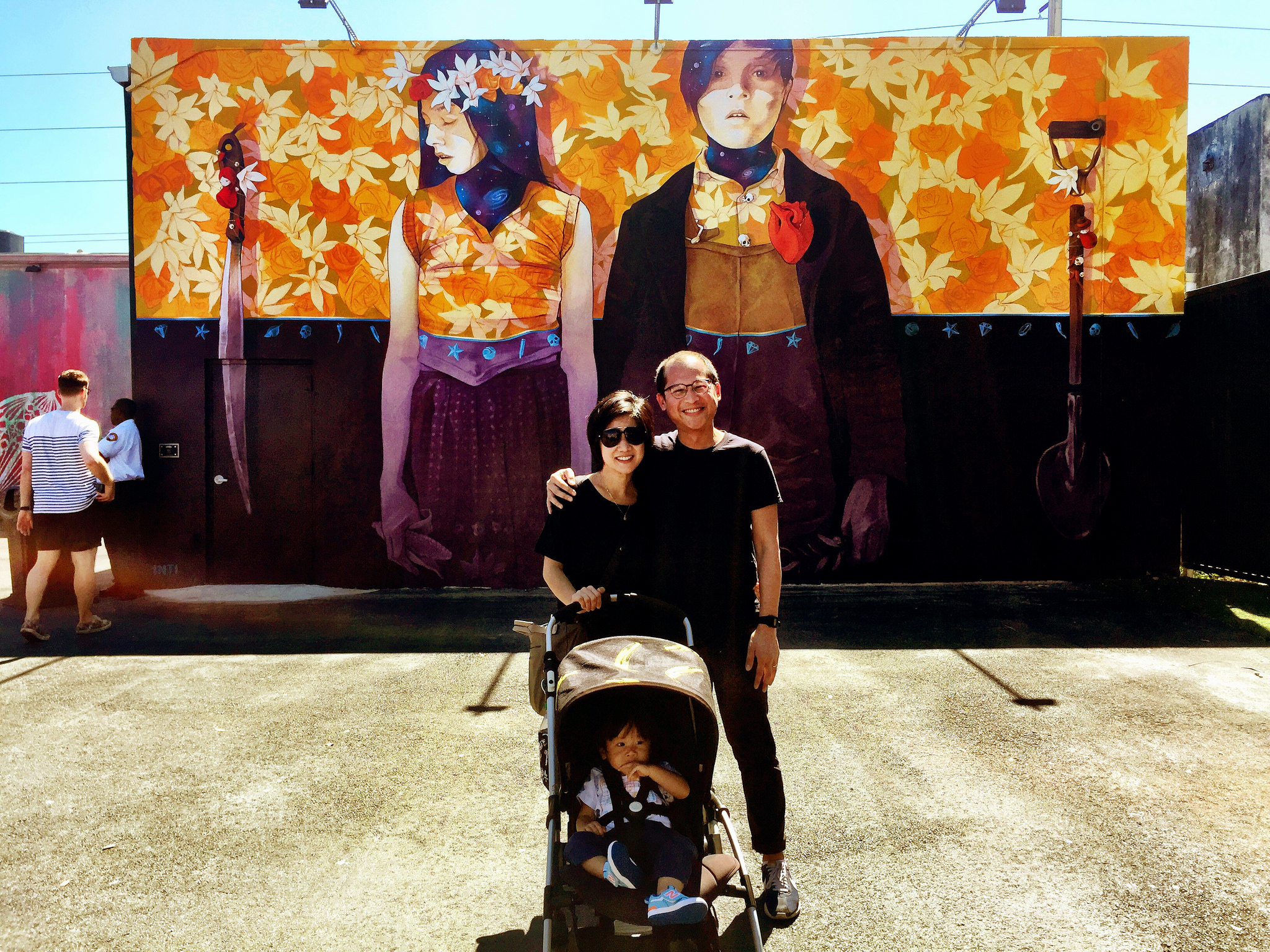 We were certain about a couple of things at the start of the year. The US presidential race had a clear favorite, financial markets were relatively stable and even work plans were all in place.

Yet here we are in 2017. Who would’ve thought that President Trump would be sworn in a few days? That the Philippine president would cause so much division among my friends and family? Who honestly saw this coming?

Still, I think 2016 was a pretty outstanding year.

We pretty much spent the same amount for restaurants and groceries this year. This meant that we pretty much dined at home in 2016 – an amazing feat if you live in New York City. If there’s something we can take away (no pun intended) from this, this translated to huge savings on our part, enough to offset childcare costs. This makes me happy. 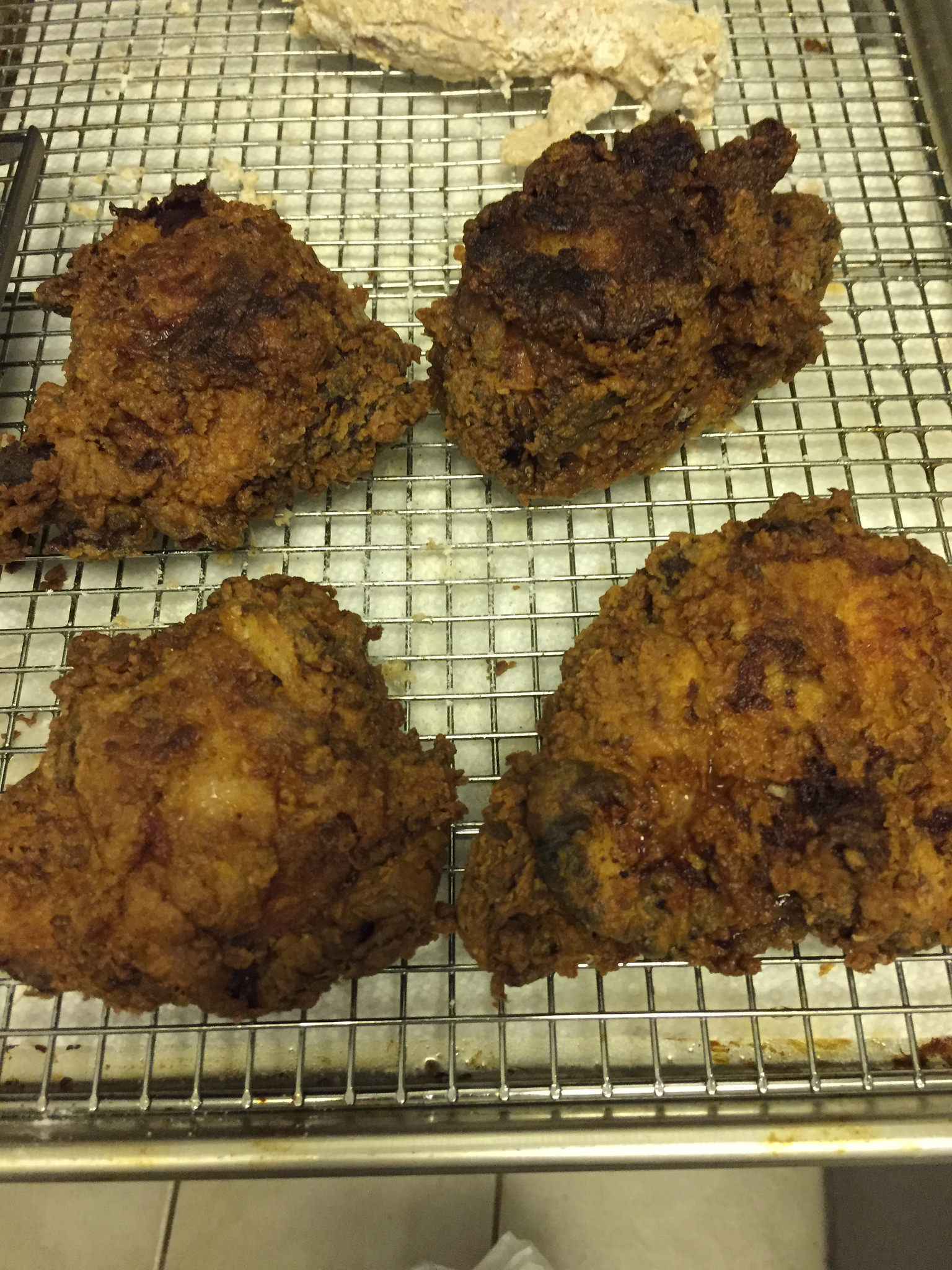 2016 was a great year for cooking. I finally found my groove in the kitchen.  We experimented a lot this year and this led to new meal plan staples like beef kababs, porchetta, fish cakes, a simple Lebanese lentil soup, weeknight pasta, and shakshuka. In fact, I even got out of my comfort zone and started making fried chicken at home with a dutch oven. My pantry also diversified a bit and now you can find Za’atar spice, Tahini, Garam Masala, tubs of Miso and Gochujang. And oh, did I mention that I finally nailed meatloaf?

Gear wise, I finally upgraded to a steel pan for making pasta, a kitchen scale that proved to be extremely useful,  and an instant-read thermometer for roasts. On the knife front, I jumped in on the Misen Knife hype train only to be disappointed by its apparent dullness. My $7.00 kiwi knife is way, way better in terms of sharpness and value.

Speaking of which, I really have to streamline my kitchen. I’ve been guilty of acquiring unitaskers in the last five years and I’m running out of storage space. Given a chance to start my kitchen gear all over again, I probably would’ve skipped the dutch oven, a lot of graters and a salad spinner. These things take up too much space and I found myself using my cast iron pan for a majority of recipes.

There is a downside to all this home cooked grub. The in-laws gifted me with a Zojirushi Rice Cooker and we had so much fun using it that we ended up cooking more rice than usual. At one point, we were buying 25lb bags of jasmine rice which would last us a month. As a result of this processed carb madness, my blood sugar levels went up and I just had to quit rice. Since then, we’ve pretty much transitioned to bulgur after trying out cauliflower rice. It’s gross.

But hey, I lost 8lbs since the beginning of the December. That says a lot!

I  live in a city where restaurant dining has evolved into a sport yet I still went to the same places. There’s Dons Bogam in K-Town for their lunch special, Golden Unicorn for Dim Sum, Prince St. Pizza for their pepperoni squares, Taiwan Porkchop House in Chinatown, Spice for their lunch special,  and Legend 72 for Upper West Side chinese. My most recent discovery was the lunch special from Curry Express in Curry Hill. 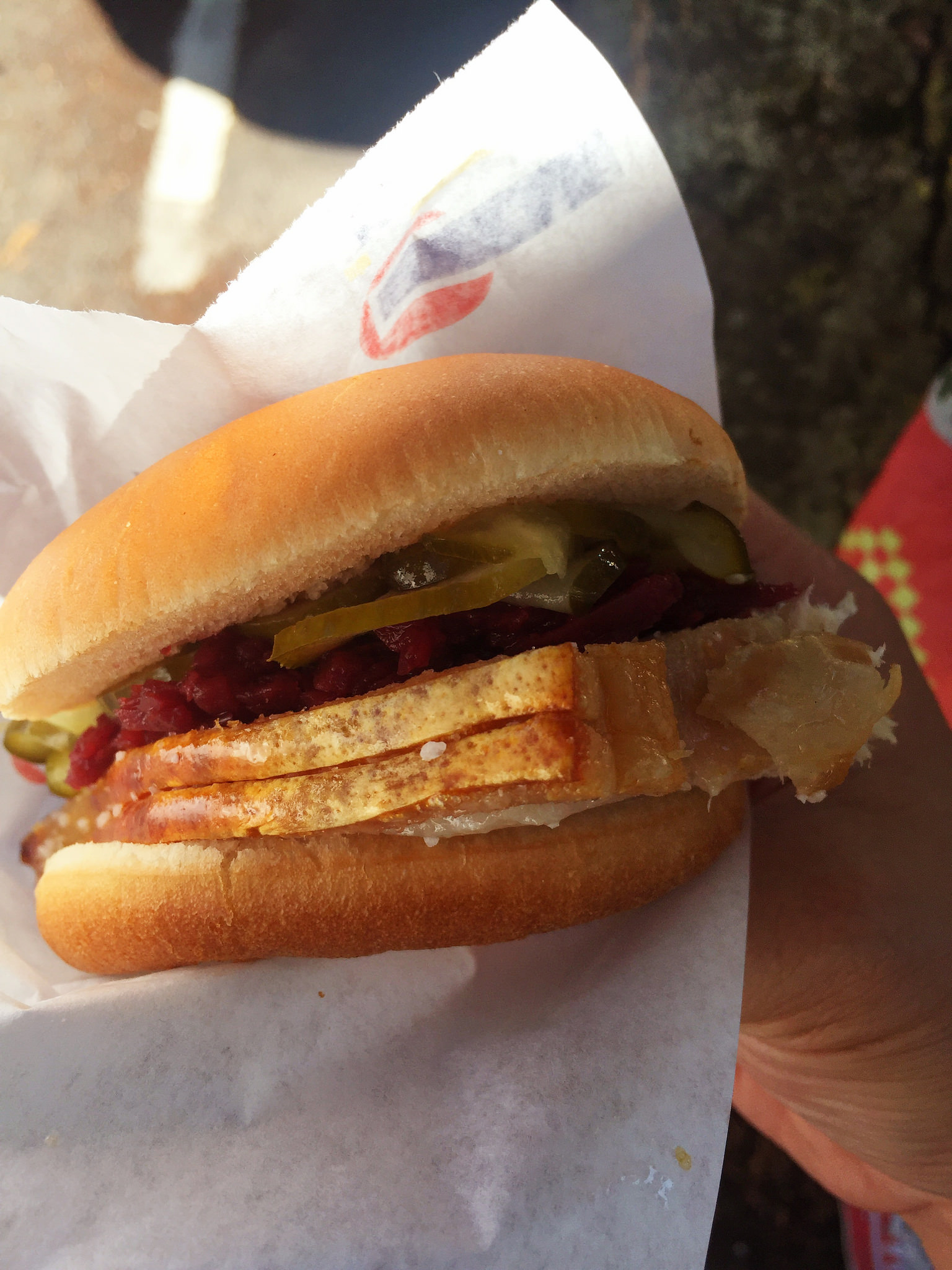 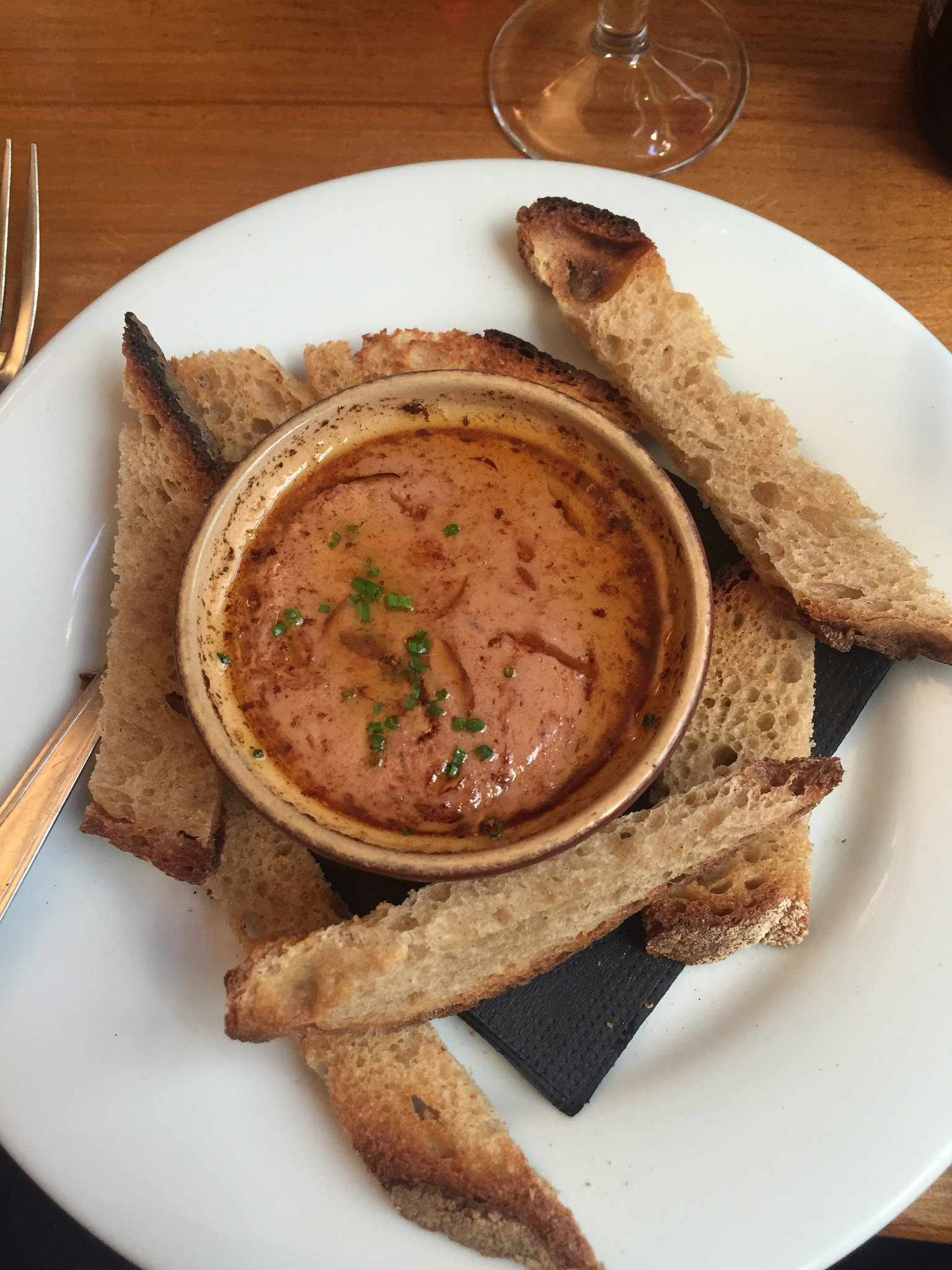 And then you have your gems. Max and I enjoyed the Crispy Mimiga from Momosan, Nomad’s Chicken Burger,  the fried chicken from Dirty Bird in Morgantown, WV, The Flæskesteg sandwich form Benny’s Pølsevogn in Gentofte, the Fried Chicken Taco from Huahua’s Taqueria in South Beach, any sandwich from La Sandwicherie – also in South Beach, Hot Star Fried Chicken from Manila/Hong Kong, the 3-way lechon from Mesa, the Egg Custard Bun from Sun Hing, Hong Kong,  and the eggs en cocotte with foie gras from Le Jardin d’en Face in Paris.

I’m on my fourth year of the Goodreads reading challenge and I maintained my reading quota of 30 books for the year. I was pretty much done by early December.

I’m quite happy with this year’s lineup. I managed to read some of the year’s most popular books like Adam Grant’s “Originals”, Bill Burnett’s “Designing Your Life”, Paul Kalanithi’s “When Breath Becomes Air” and  Jake Knapp’s “Sprint”  both of which were standard fixtures in airport newsstands. As I transitioned towards a frugal mindset, I count “The Millionnaire Next Door” and “The Index Card” as life-changing reads. For fun, I added John Armstrong’s “How to Worry Less Money” in my repertoire.

It was a big year for food writing too. I started the year with a compilation of winning entries from the Doreen Fernandez Food Writing Award, then moved to Fuschia Dunlop’s “Sharks Fin and Sichuan Pepper” and Ina Yalof’s “Food in the City”.

It’s been a while since I’ve read something that provided so much inspiration to my workflow (since David Allen’s “Getting Things Done”) so it was so much fun reading Dan Charnas’ “Work Clean” – a productivity system modelled after the concept of “Mise en Place”.  This was my favorite  book of the year.

Of course, this year’s reads wouldn’t be possible without the amazing New York Public Library. I can really feel my taxes at work here. I pretty much took advantage of the fact that they’re good with newer titles and you can also borrow content for your kindle. Prime reading, introduced late in 2016 was also a pleasant surprise (quality wise) considering that it’s just an add-on to your prime account.

I broke new ground with my mileage this year, clocking a little over 811.3 miles or approximately 1,300 kilometers – spread over 174 runs. In fact, I’ve run more this year than I did in 2010, the year I trained for the New York City Marathon. December, typically a slow month for running ended up becoming my biggest month, with 108 miles over 24 runs.

It helps that I have access to a gym here in the building, allowing me to run on days where it’s just too hot or cold. The best outdoor runs were along Riverside Park during Spring, Summer and early Fall where you can either choose to go all the way up to 125th st. or down to Chelsea Piers for a fun 6 or 8 mile route.

As for touristy runs, I managed to log some miles in Miami’s South Beach and around the lake in Gentofte, Denmark (where I ended up swallowing a lot of gnats in the process).

I mostly traveled for work. I visited a pre-Zika Miami in February and really enjoyed the food and the Wynwood district. I also spent a huge chunk of time in Hong Kong, working from our shared space in Kennedy Town while I explored the city on weekends. I’ve been to Manila twice, where the cityscape and people are constantly evolving. 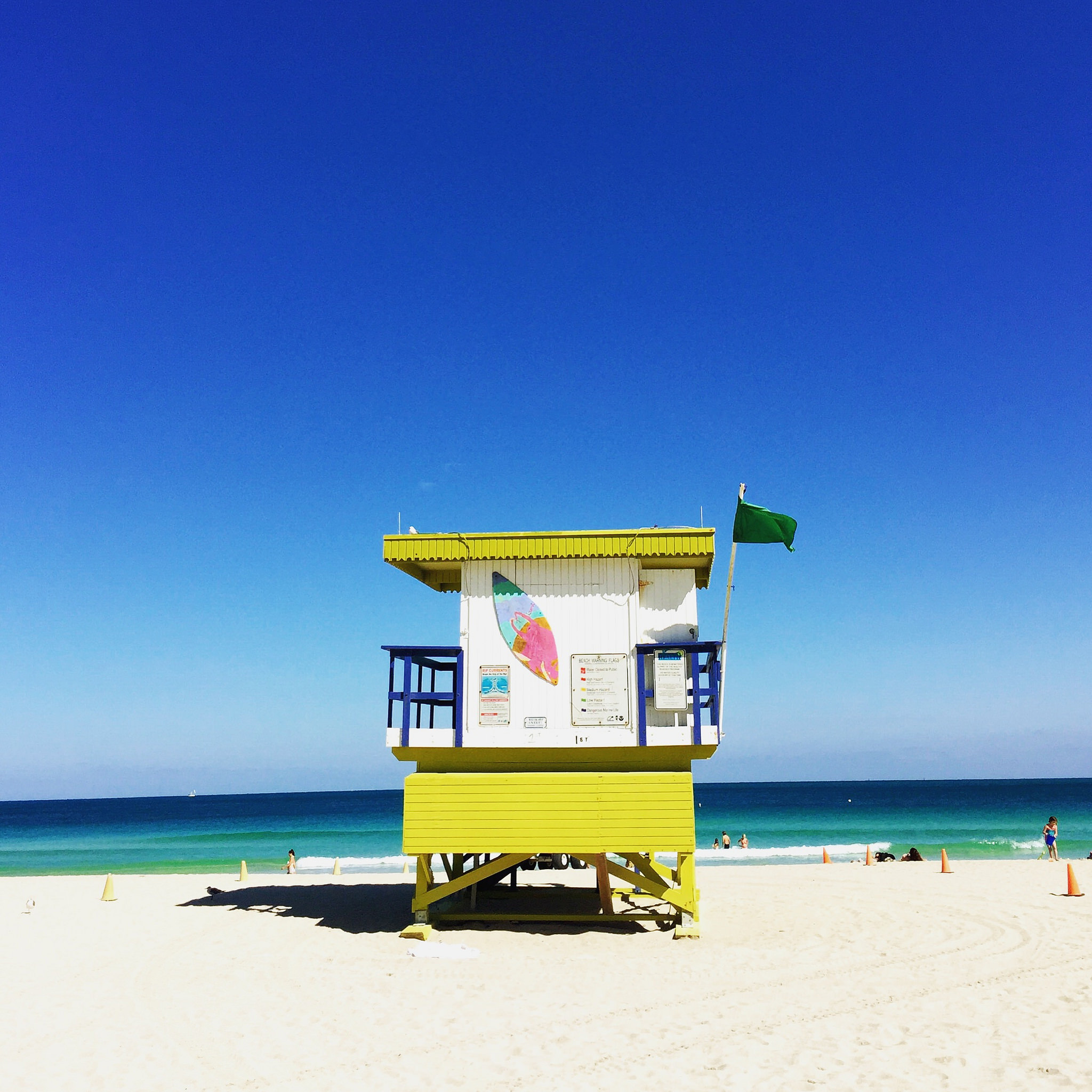 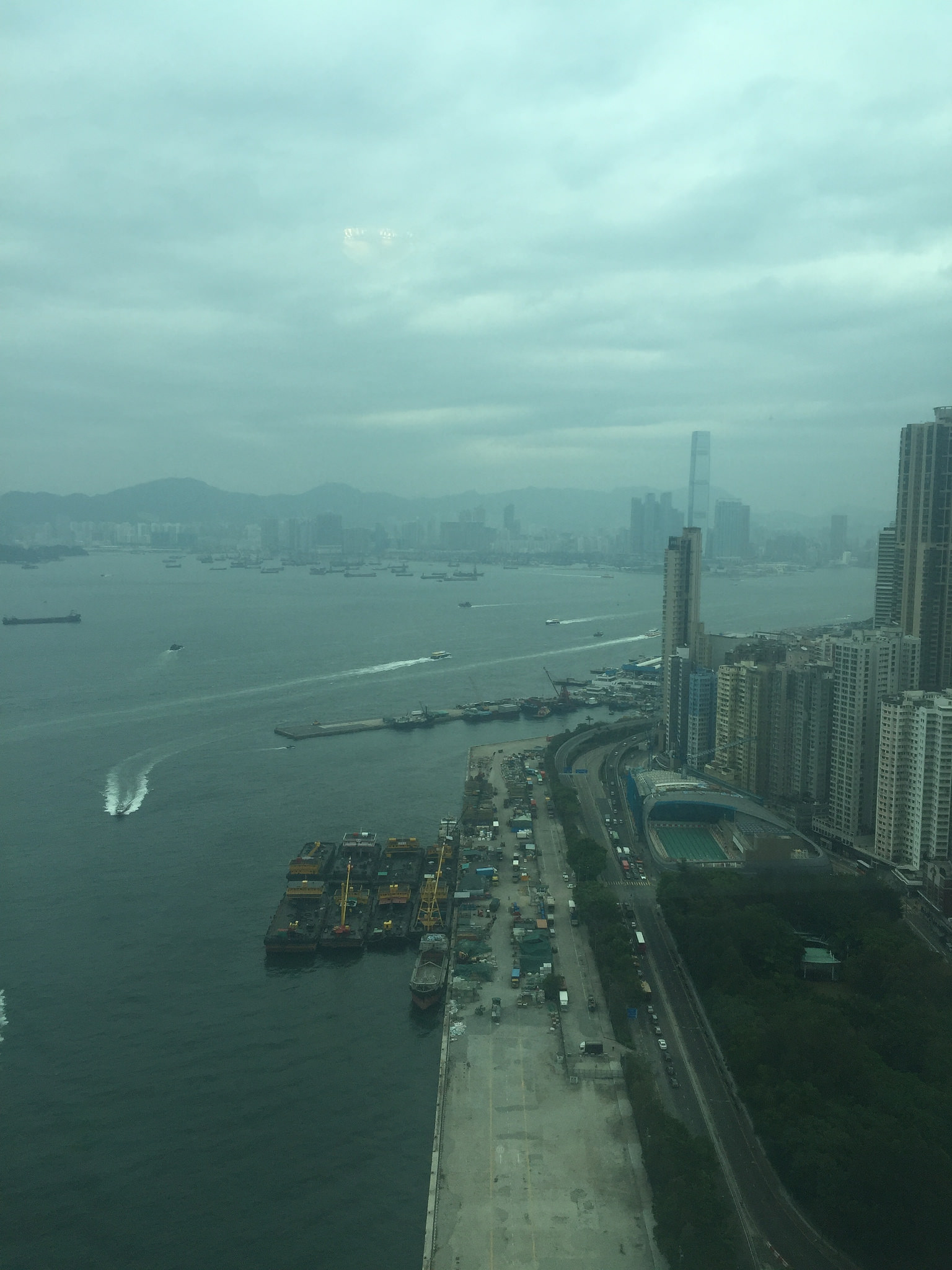 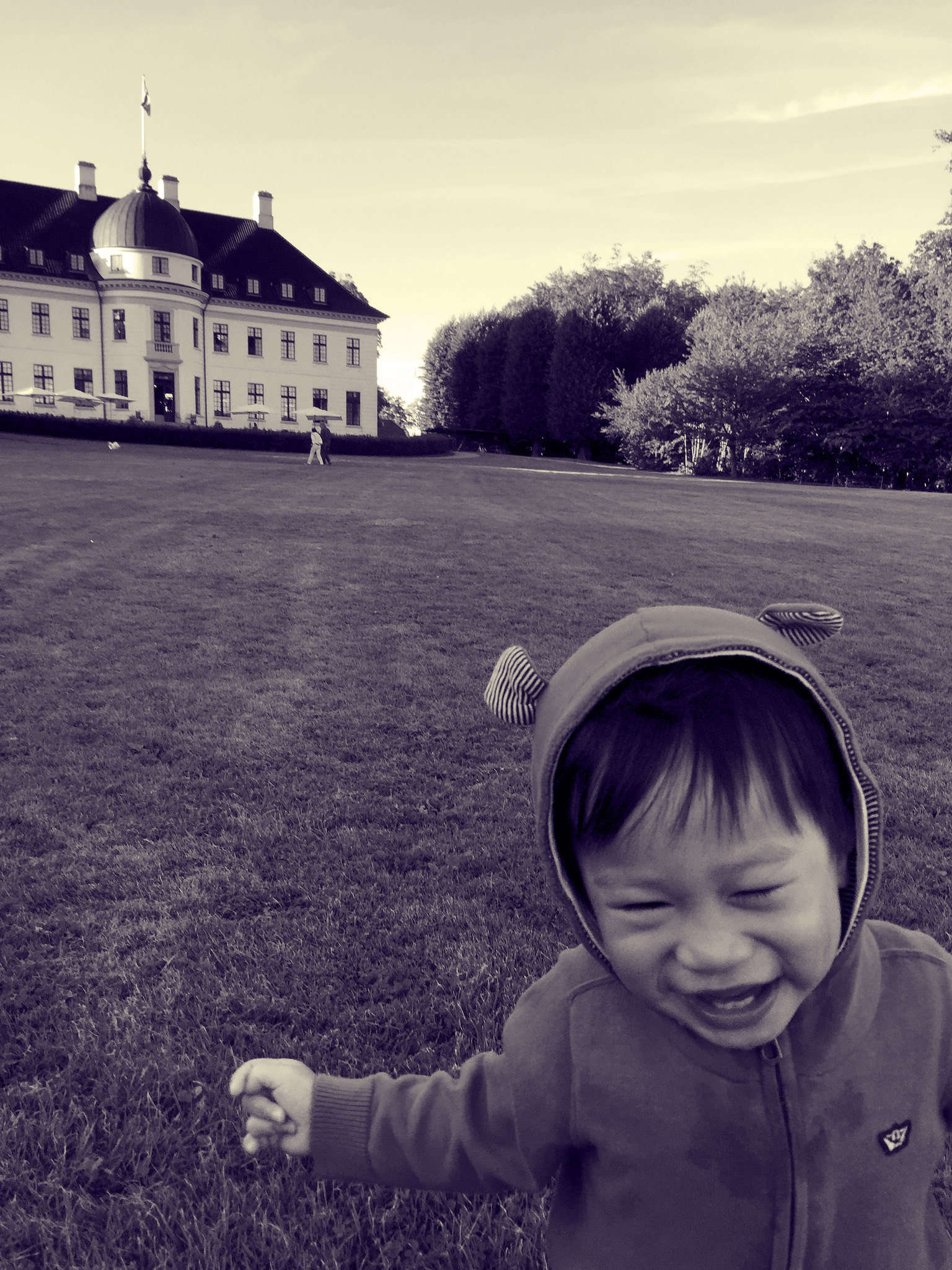 My family spent a couple of weeks in Europe during the summer, hanging out in Copenhagen and Paris. I’ve always wanted to experience Scandinavia and I felt that Copenhagen really delivered on its promise as a clean, happy and cozy city. Paris, on the other hand, was quite intense, rivaling New York City in its energy – with better bread.

My last trip for the year was an overnighter in West Virginia. As an immigrant, the concept of a college town felt was pretty foreign to me. Engaging the people of WVU was quite an eye-opener and I learned a lot about the whole state itself and how they’re trying to cope in a post-coal world. It was quite inspiring.

Music became more of a utility this year. It kept me company while I prepared dinner at home, made me mentally focused at work and motivated during my runs. Having said that, I didn’t really work that hard to find music. Spotify pretty much did all the work for you with their Discover Weekly and Release Radar playlists. And while I did cherish the chase, it seems that machines are just better at figuring these things out. It’s just a matter of training your algorithm.

It was another shameless year of pop(ish) music both old and new. I went through an extended Sophistipop period this year, which started out with a random curiousity towards Prefab Sprout and down the rabbit hole I went (again). For this year, I really enjoyed Jessy Lanza’s Oh No, George the Poet, the sophomore Niki & The Dove Album, Anohni, and Yumi Zouma’s Yoncalla album.

So here’s an unpopular opinion. I think you guys have to listen to the “Popstar: Never Stop Never Stopping” album. The thing with Lonely Island music is that the jokes are extremely clever, going beyond the shock value of their lyrics. But then again, I might be reading too much into a diss track about the Mona Lisa.

As for my kitchen playlist, it’s mostly a sampling of Scandinavian Jazz Trios (which is shorthand for saying that I try really hard to be sophisticated as I cook meatloaf).

It was an election year for the Philippines and the US, so naturally I spent a huge amount of time – 157 hours to be specific – frantically refreshing News websites for the latest polls, elections results and commentary. For example, I spent a total of 8 hours, 26 minutes on Fivethirtyeight alone. New York Times, which we can access for free in our office, clocked in at 16 hours.

Social Networking was also unusually high this year. On top of election fever, I also managed a lot of Facebook ads this year so that counted towards the total.

This year’s most used and abused app was Slack at 185 hours. This is significant a shift from email, which went down from 2015’s 199 hours to 140 hours this year. Spreadsheet usage also went up from 43 hours to 55. Google Sheets just keeps getting better.

I started journaling habit using the Day One app. I was never the type to keep a journal but Day One’s simplicity made it easy. Now that I’m a year in, it’s utility has increased by flagging you on your entries from the previous year.

I did a couple of “unproductive” things too which meant using my Macbook Pro for gaming. This year, I played a lot of Borderlands 2 (I know, it’s old) and tried out interesting games like This War of Mine. For mobile, I pretty much got obsessed with Pokemon Go for a couple of weeks. I must say it’s a great time to be a gamer, regardless of hardware.

A year ago, we thought we’d be out of New York by now. In December, my wife and I decided to extend our New York life indefinitely. The city has been such a great enabler, it really made a lot of things possible despite the skyrocketing rent, crazy childcare costs and everything inbetween. Yet, we’re still here, still thriving and raising a toddler in the process.

After writing this yearend report, 2016 wasn’t really that bad. My family will continue to do things that worked well last year, from saving, to cooking and traveling. We’ll probably have a couple more surprises in 2017 and the best thing we could right now is to be resilient and more importantly, just show up and get things done.