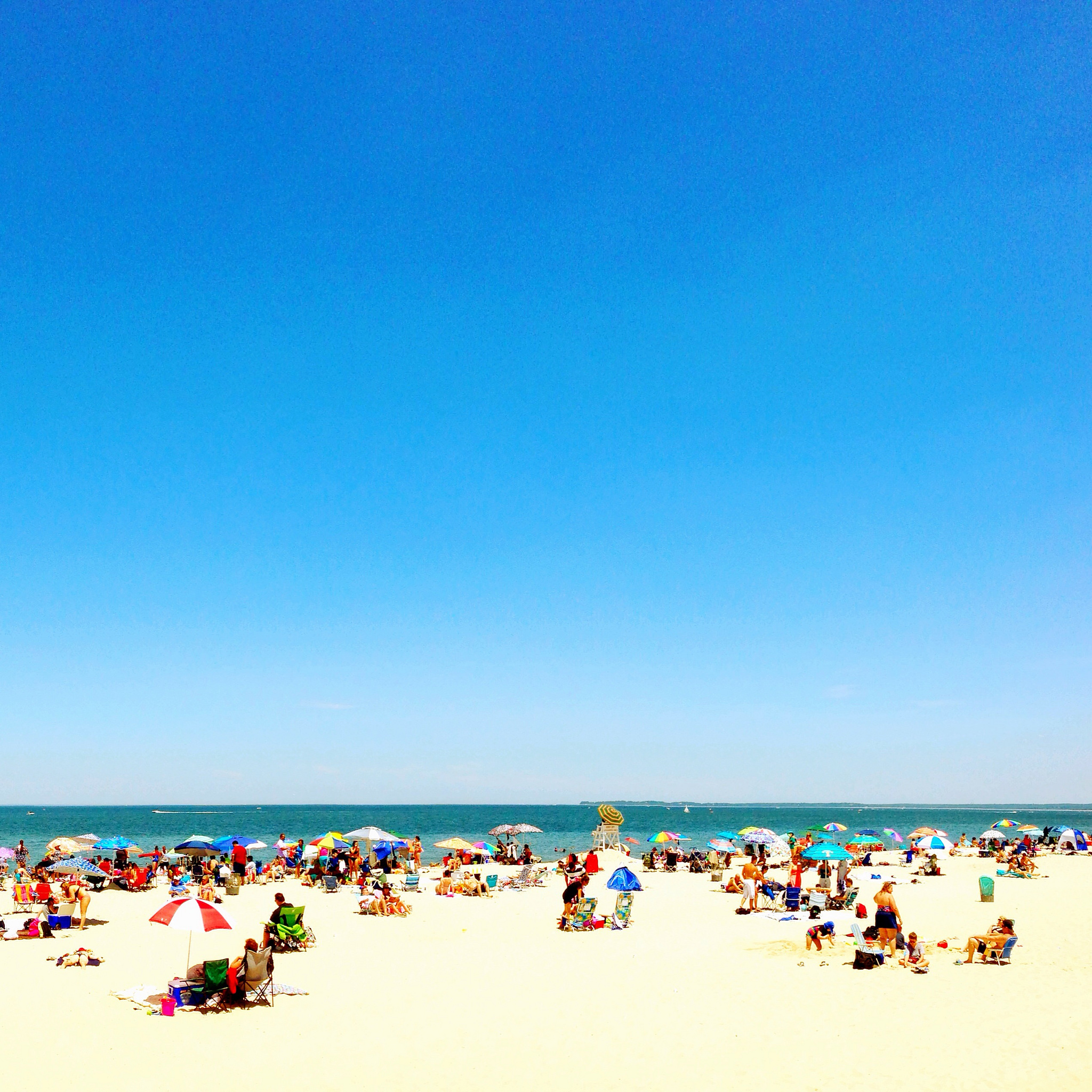 2014 brought a renewed focus to things that matter. I’ve been blessed with a vibrant professional career and a family that’s due to expand early next year (read: my wife and I are having a baby boy!). It’s the last day of 2014 and I’ve booked a Breather room in Central Park South . My yearly planning session begins with an honest review of how I spent the past 365 days.

It’s been almost 3 years since I moved to New York. Since then I’ve gotten married (2013), stayed in 5 different apartments and consumed a lot of pizza. I made it a point to write again this year so hopefully I can keep this up despite the distractions of Social Media, Tumblr and Medium. It just feels good to talk about anything on my own site. While this post may not cover everything that happened in 2014, it pretty much represents some of the notable ones.

Open for Business: The Year of the Side Hustle

I didn’t really have a concrete game plan in 2014 in terms of rekindling my love affair with personal projects. I just knew that I had to do it again, having left a hybrid corporate/entrepreneurial life in the Philippines. Who would’ve thought I’d end up with 3 new ventures? I talked about my remittance-in-kind website AndyanAgad here and a few days ago, I wrote about my hot sauce project Traydor. Since I plan to do more projects in 2015, I partnered with my long-time collaborator Jeffery in setting up a software foundry in the Philippines called Tweeklabs, with 3 employees and counting.

It’s been a great learning experience, considering all three businesses have different revenue models. Most importantly, these businesses have generated enough revenue to make them all worthwhile.

It’s all about adding a new practice layer every year. In 2013, I decided to be a web designer and bill man hours for it. This year, well, I wanted to develop some expertise on web analytics. There’s a huge analytics talent gap in the market right now and while data science requires a special aptitude in Maths and Statistics, Google Analytics provided me with an accessible training plan (through Analytics Academy) and more importantly, a lot of opportunity to practice through my clients. After going through the initial course and doing lots of self-study, I got my certification from Google in less than a month. Devoting a couple of hours daily to learn this skill has proven to be useful in numerous situations at work. 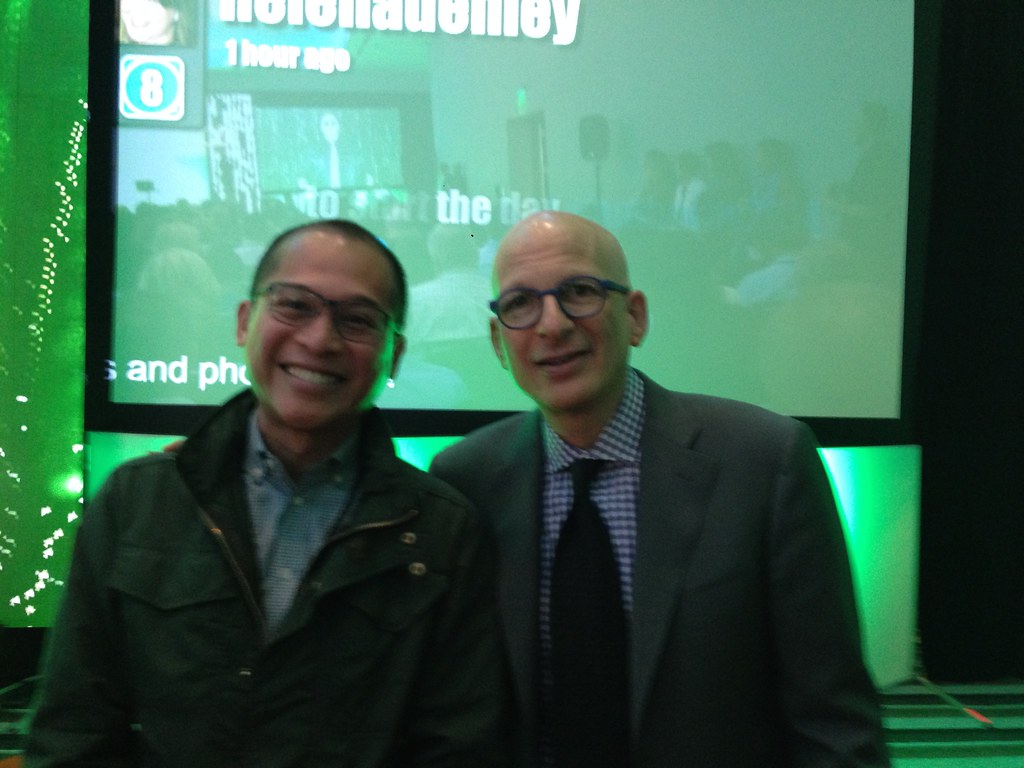 Of course I had to do content marketing this year. It was inevitable. To be honest, I was pretty skeptical when I first heard about “corporate blogging” becoming a thing again. But it was more than that. After completing the Copyblogger Authority course at the start of the year and actually doing content marketing at work, I can confidently say that content should be the cornerstone of anybody’s marketing plan. Key highlights include flying to Denver to attend Authority Intensive and almost reading the Buffer Blog archives in its entirety.

In a past life, I used to write for Entrepreneur Magazine Philippines. Did it for almost 5 years. Getting back to writing and applying what I learned has helped scratch that itch.

Here are some select articles from 2014

The writer should also be a reader. I’m on my 3rd year of doing the Goodreads reading challenge and for 2014, I read a total of 24 books. I could’ve read more but my Instapaper reading list got in the way. Standouts include Tracey Thorn’s Bedsit Disco Queen, a pretty candid memoir from the other half of Everything but the Girl and Greg Sestero’s “The Disaster Artist,” which was an entertaining read, given that it was also my first time to view the Tommy Wiseau’s “The Room” at the Landmark Sunshine.

Music provided a lot of warmth during colder months as shown by the squid-like graph above. Critics have officially declared 2014 as a horrible year for music but I personally loved Yumi Zouma, Little Dragon, Basement Jaxx  and La Roux. Yes, there was an obvious shortage of great music, but that also meant revisiting old favorites like Everything but the Girl and Gonzales. 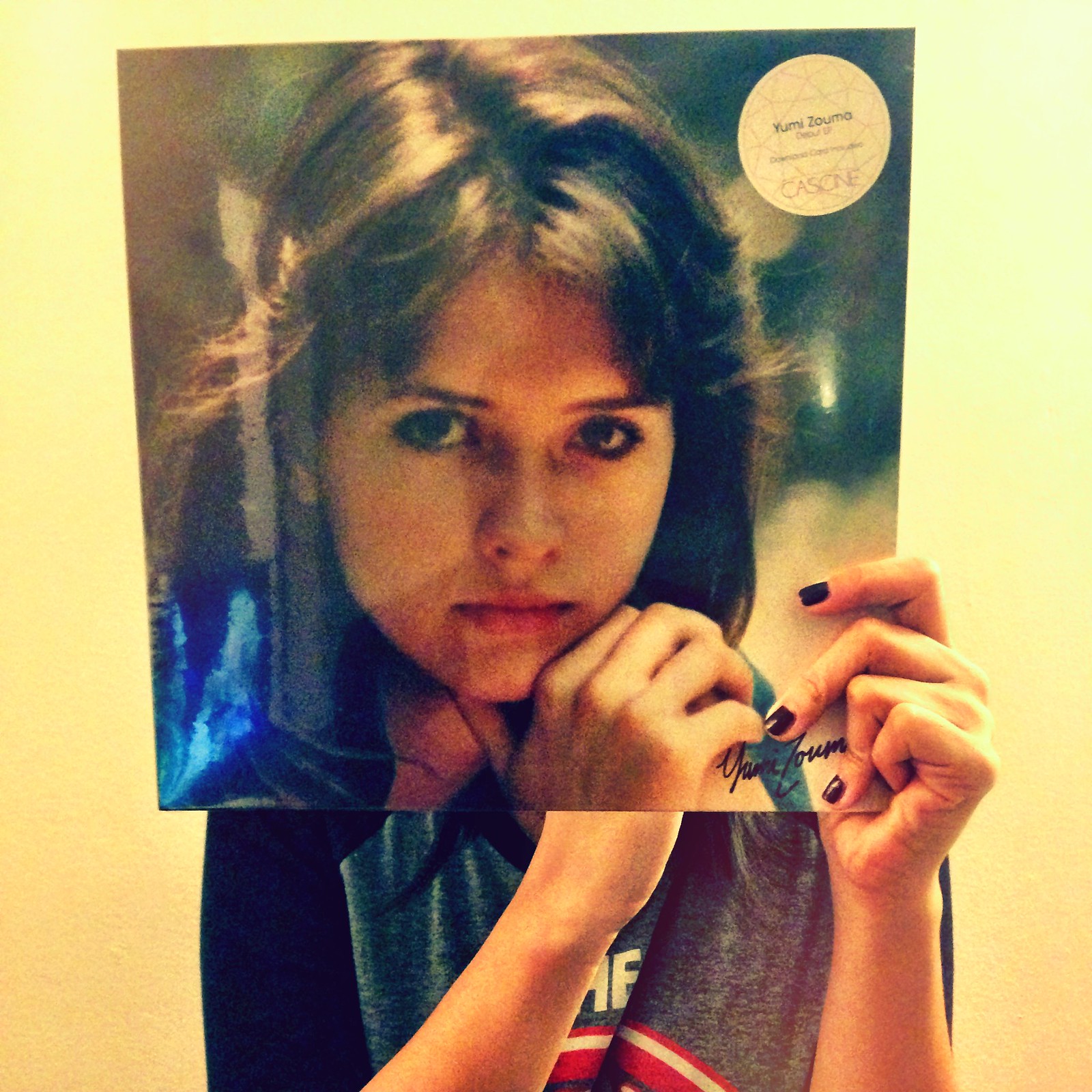 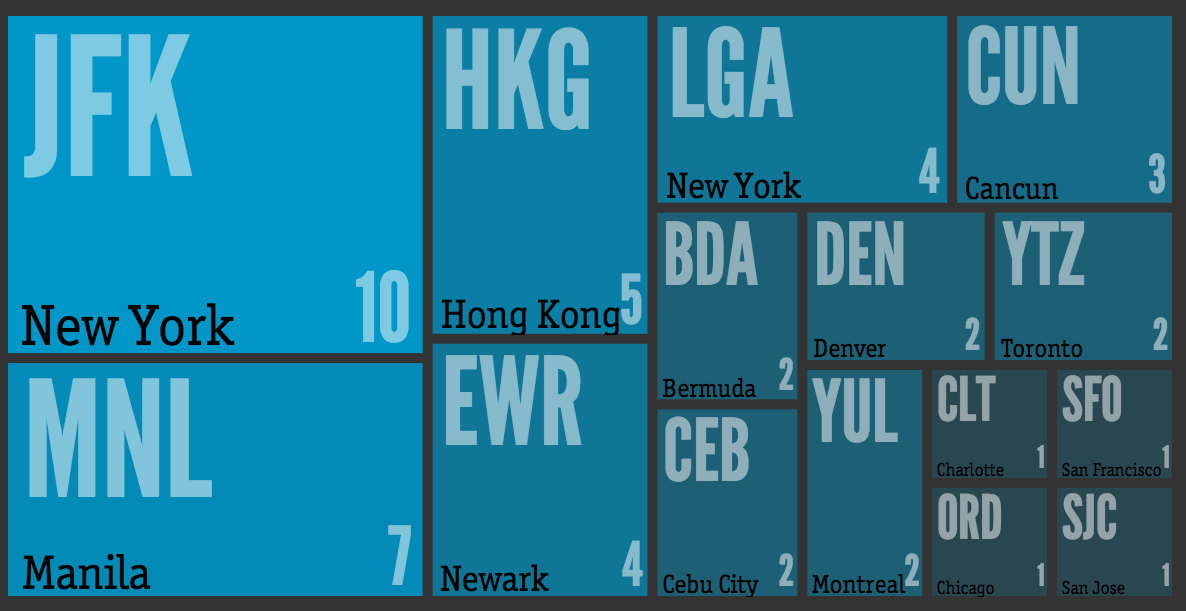 I go where my friends and family want me to go. Due to its proximity to New York, we found ourselves escaping this year’s Polar Vortex to Cancun, which turned out to be a real vacation where you stuff yourself silly, drink frozen margaritas the whole day and not leave your hotel. Bermuda, a trip we took during Summer, had the most amazing beaches.

Work, on the other hand, allowed me to see the rest of Murica with me visiting Phoenix and Denver for the first time. I had a short trip to San Francisco in the first half of the year and actually considered moving there. But for now, NYC is home. 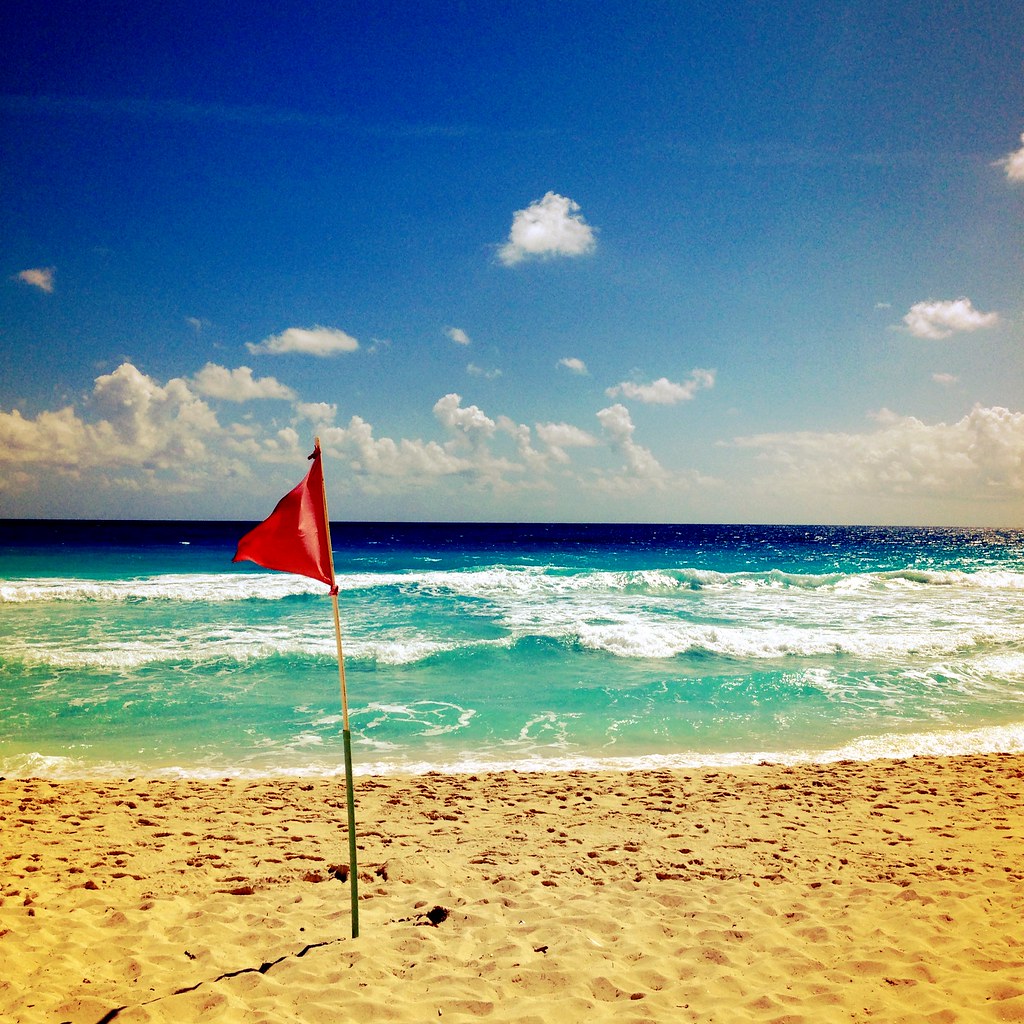 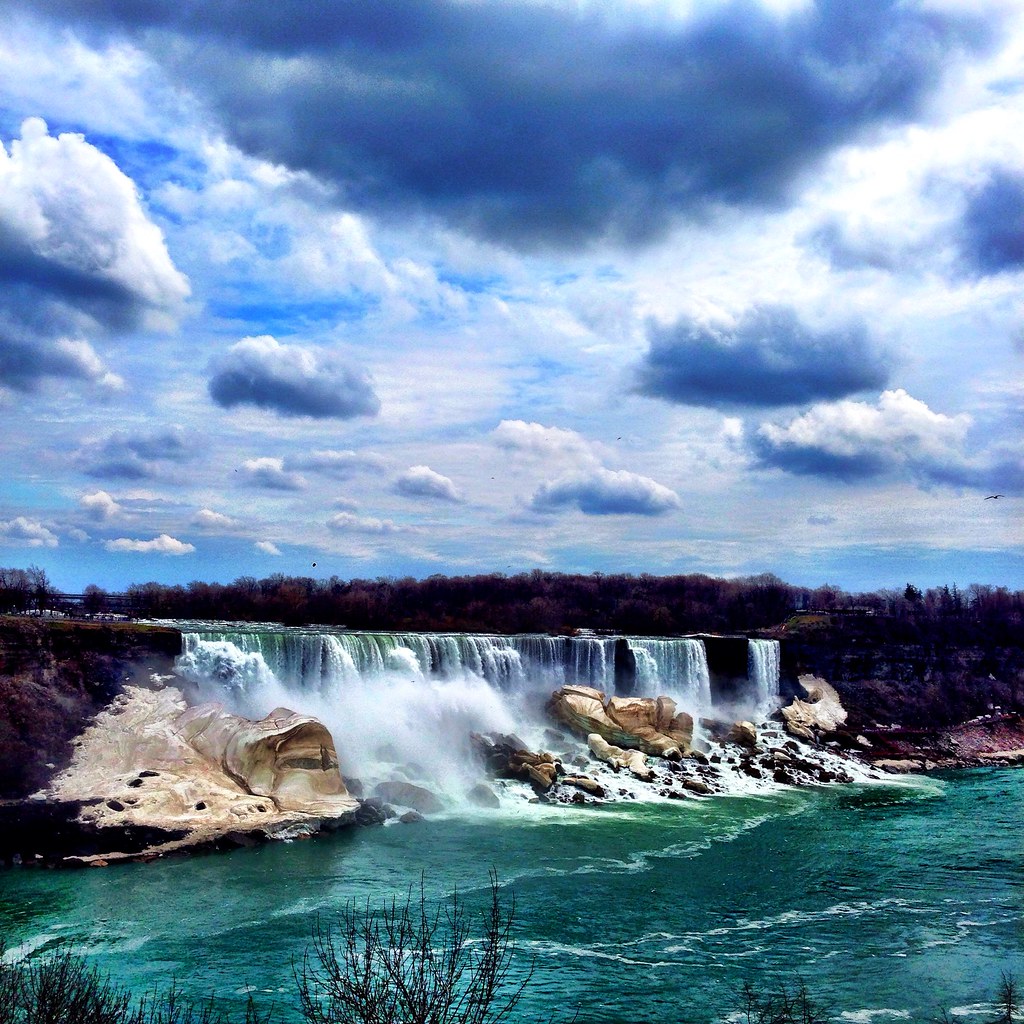 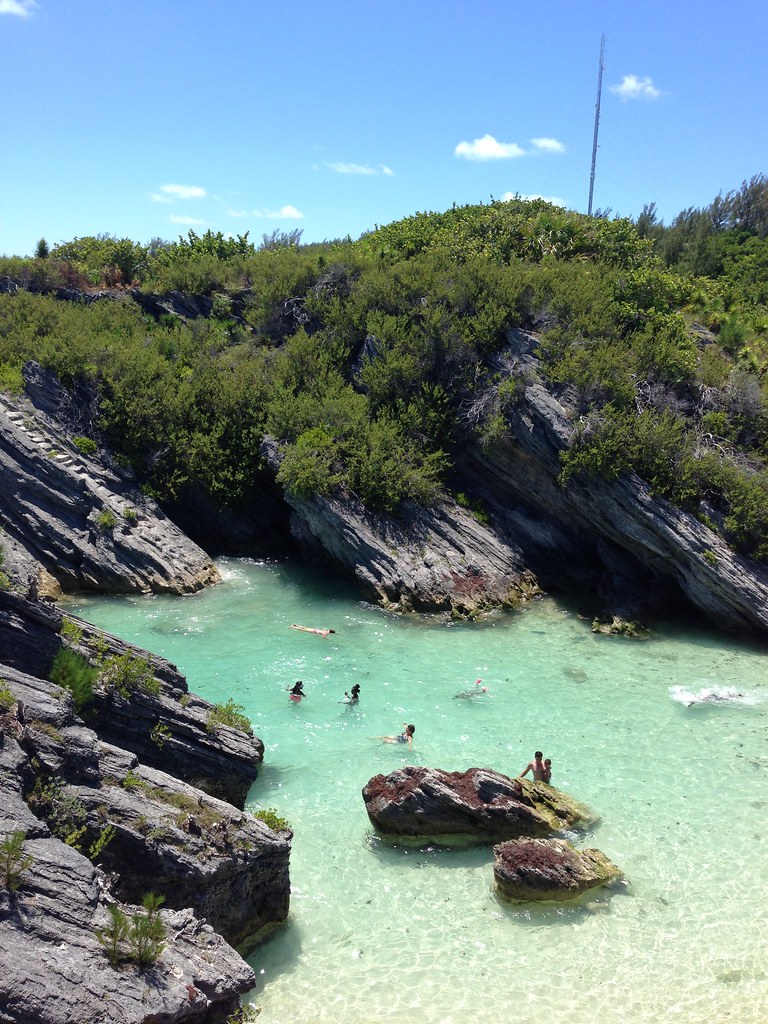 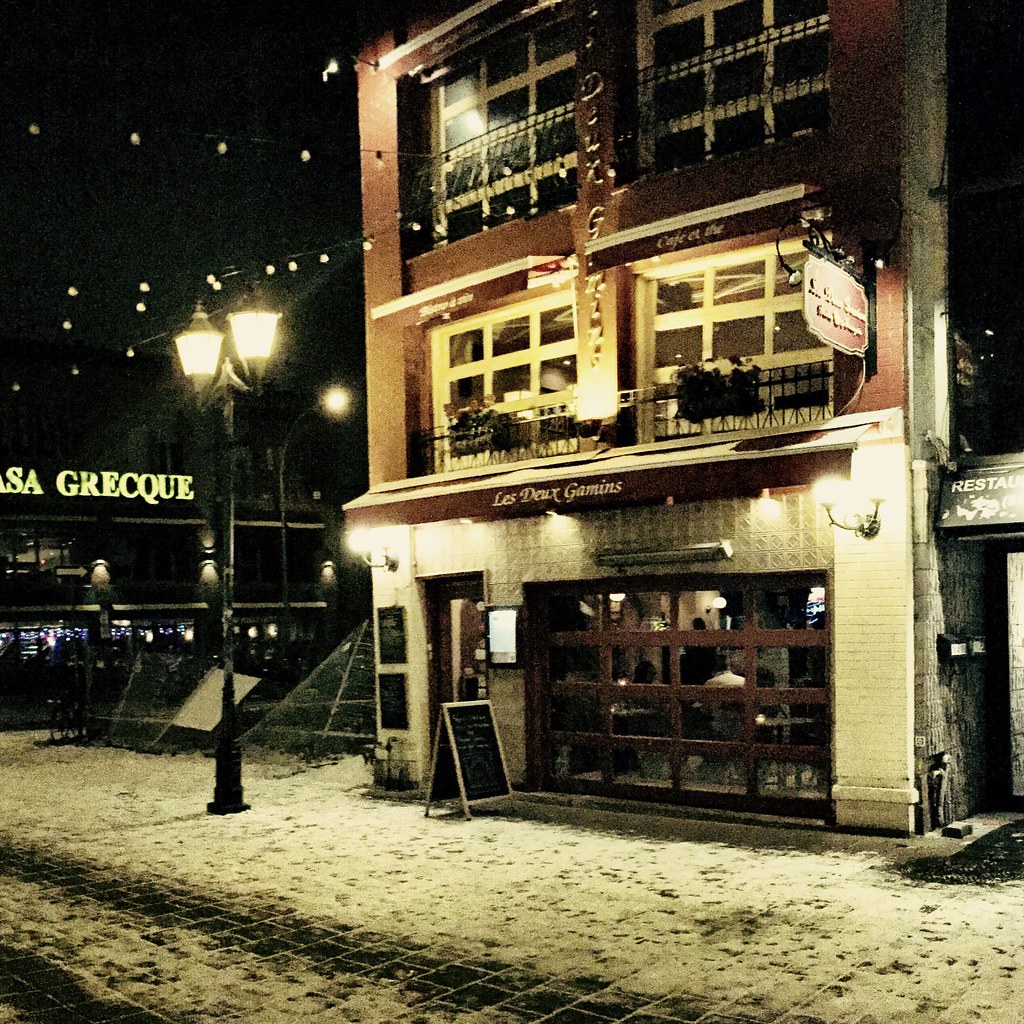 I fell in love with running again this year and clocked in over 400 miles with my old pair of Lunarglider 2s.  With an apartment conveniently located between two amazing public parks (Riverside and Central Park), I had no excuse to run. Weekend runs have turned into a 3x a week morning running habit, and I push myself to do longer and longer runs. With baby Max on the horizon, it’s time to get fit.

So I tried crossfit…it was a disaster.

A record setting year for fitbit miles. Thanks to running!

Slower but more or less consistent.

I’ve always been obsessed with ambient activity tracking (I am my own personal NSA) so upgrading my Rescue Time account was a no-brainer.

A productivity pulse of 73 is okay, by any standard…considering my Macbook Air also doubles as a personal machine.

Here are some boring stats (in bullet points):

Meal of the Year 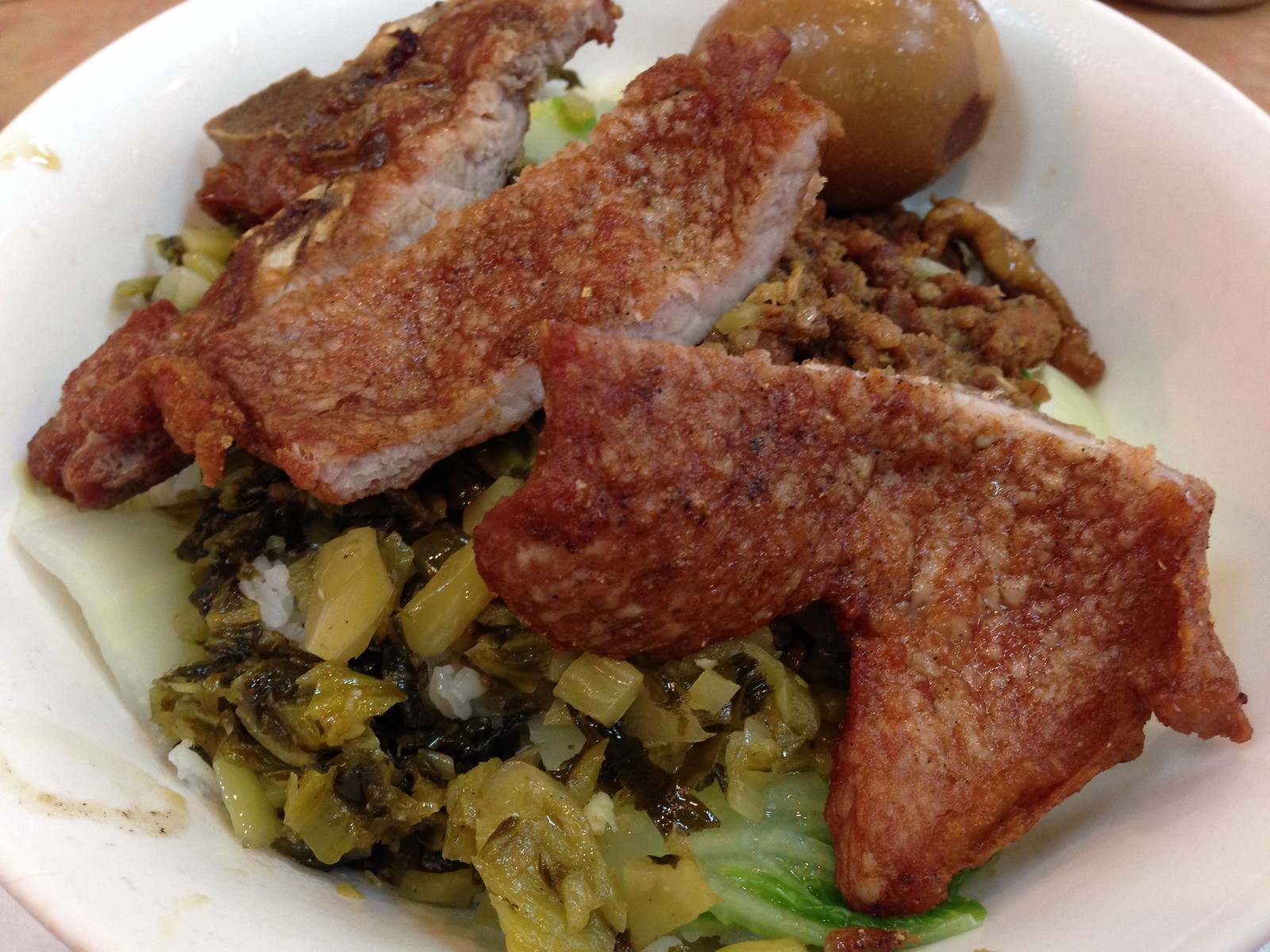 Eating out in New York can really put a dent in your wallet. My wife and I decided to eat out less and just cook dinner (roughly 5x a week).  Still, we had a chance to enjoy meals at Perla, All’Onda, Maialino and other restaurants that had restaurant week promotions. We’re cheap!

Speaking of cheap, New York will never run out of cheap meals that make eating out truly worth it. I’m a creature of habit so it’s no wonder that my favorite meal of the year was the Porkchop over Rice at Taiwan Pork Chop House in Chinatown. For a little over five bucks, it gives you an amazing piece of pork with some pickled vegetables, an egg on top of rice. A close second would be the my happy $21 meal at the Flatiron District’s  Taste of Persia, composed of Kabab, Fesenjan with Saffron Rice paired with their signature Ash Reshteh. The graciousness of its owner, Saeed makes the meal extra good. 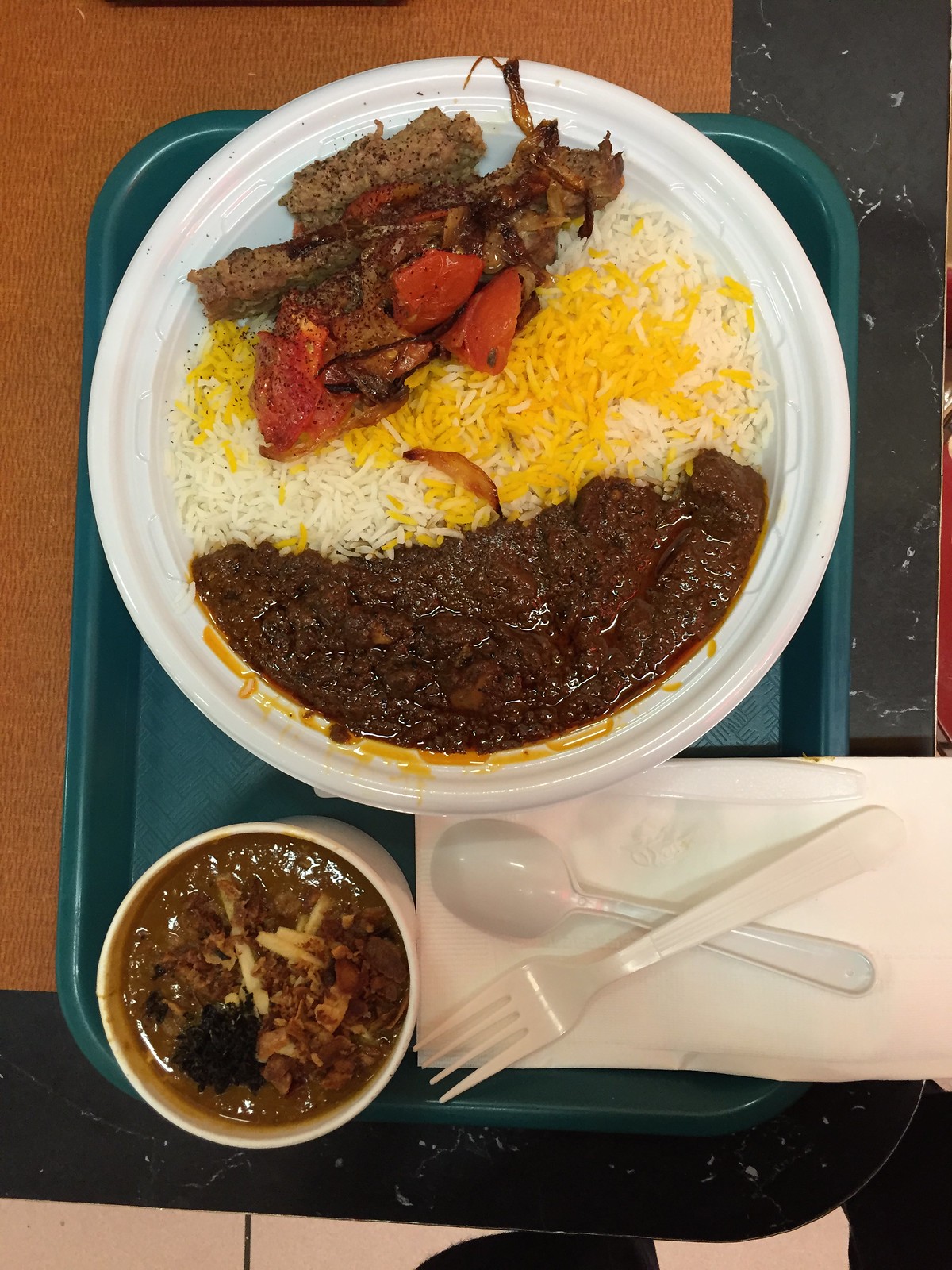 The beginning of 2014 had a lot uncertainty to it until it emerged as one of my most productive years.  2015 brings about a lot of change with fatherhood as my flagship project. My wife and I already repurposed some space in the apartment, we’re putting stuff into storage and anxiously waiting until our little winter baby  pops out. It’s going to be amazing.

While I already have an idea on where I’d like to bring myself professionally (), it’s time to experience new things and make the most out of the new year. The objective is to sustain all these small projects, drop the distracting ones and keep on creating value for my companies, employers and employees. 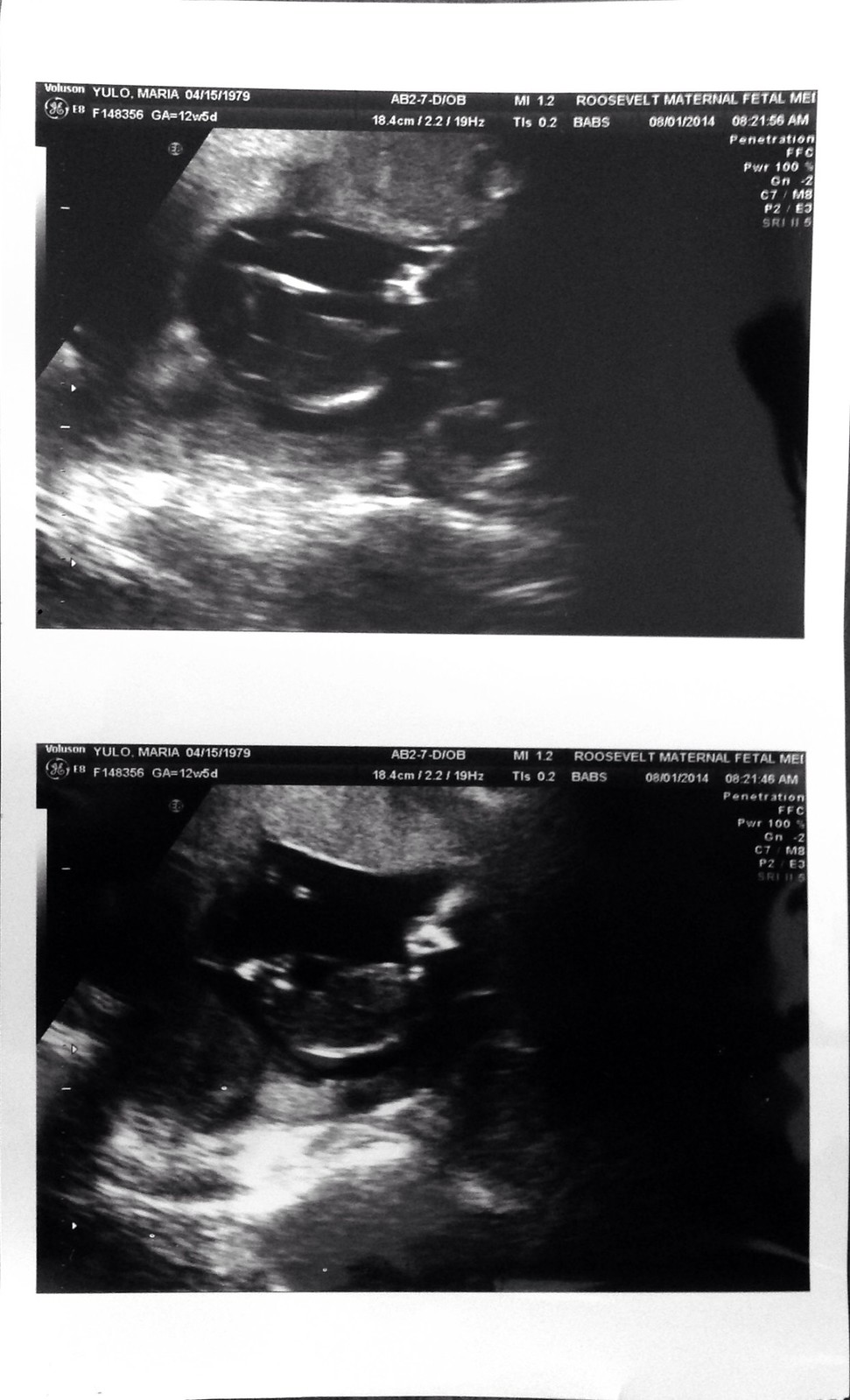 We’ll see you soon Max! From our family to yours, Have an awesome 2015!