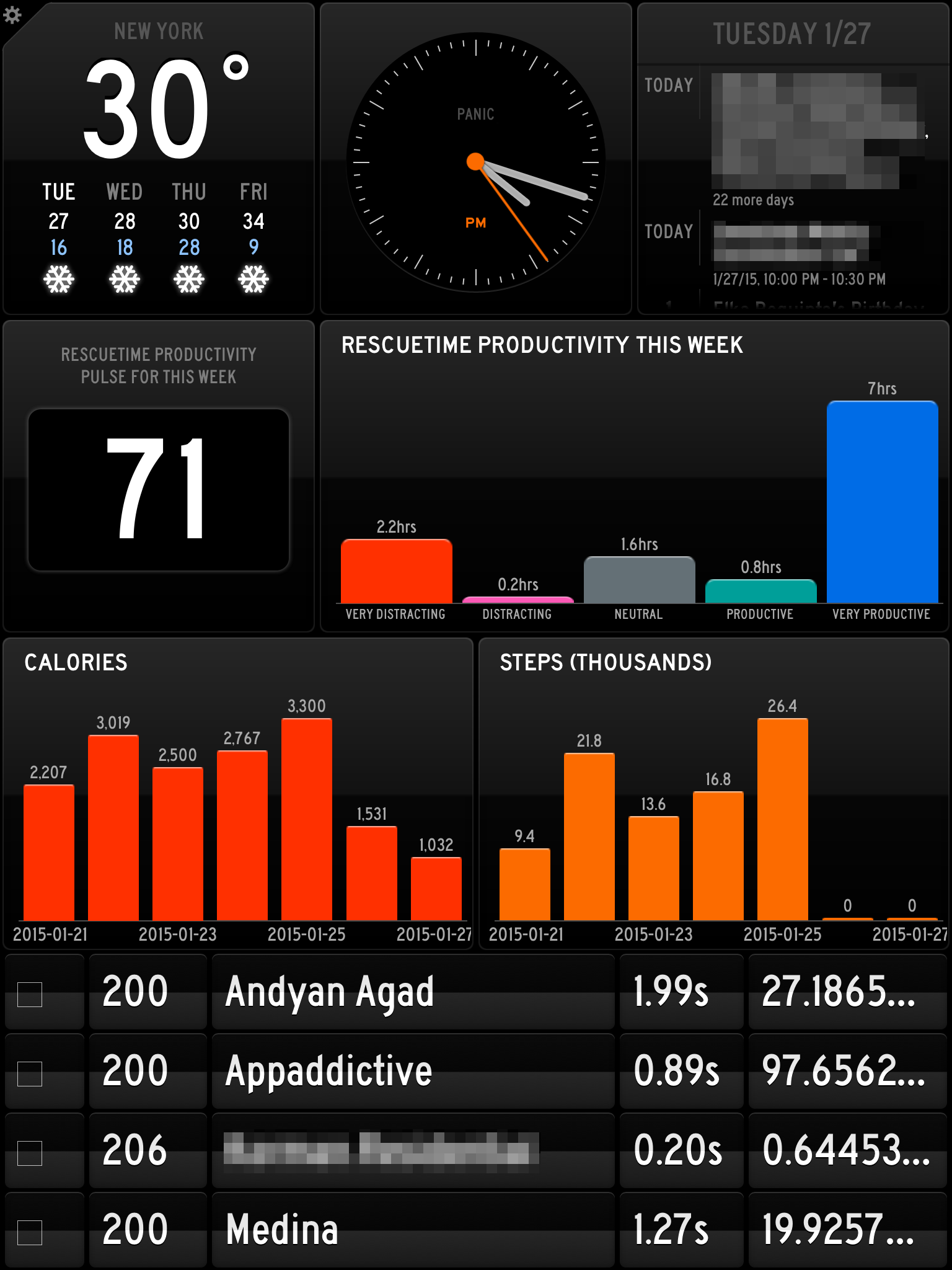 I first talked about almost forgotten apps in my last post with the OS X Dashboard. Since then, I actually took some time diving deeper with OS X’s notification center. Maybe it’s wasn’t them (Apple) all along and I was just being stubborn, hanging on to this to feature. I cleaned up my notification center a bit and still find more value in getting some stuff done via the OS X Menu Bar (with an active developer community around it).  I’m still using my Dashboard.

Another ghost town that I’m still rooting for is Panic Software’s Status Board App. Released in April of 2013, it  reached #1 on the AppStore charts when it launched. Like a lot of people back then, I was a big fan of the original blog post that inspired the creation of the app. Paying $9.99 for the base app was a no-brainer.  I’ve always dreamed of  a dashboard as my third screen so a few days later, I ended up buying a gooseneck mount in Amazon.  Community driven sites like statusboardapp.info had a steady stream of DIY panels in its database.  Apps like Vigil (which I still use) and GoSquared played really well with the board with native support.

The Status Board app got its last update in October 2014 and by this point, I’ve stopped using the app. Some fans have expressed their disappointment too, it seems. On the app page, you’ll see 1-star reviews from users complaining about how Panic just abandoned the app. My interest in the app came back when I upgraded my RescueTime account to the premium version and learned that they have a custom panel for Status Board. Awesome! Almost two years after first installing Status Board , I’m rebuilding my board again and looking for panels that I missed.

So maybe it’s not really a ghost town, it’s still ranked pretty well in the Productivity Charts. My only wish at this point is for SaaS developers to allocate some time and resources (I don’t think it’s that complicated) to add Status Board support. After all, it was what prompted me to sign-up for services like Vigil and GoSquared before.  Sure, there are a lot of DIY panels out there in the wild, freely available on Github but adding these to a Status Board still takes a lot of work (except for the awesome Fitboard.me ).

Developers should also be incentivized here, like a simple app-store for Statusboard panels. IFTTT and Zapier support would be great too.