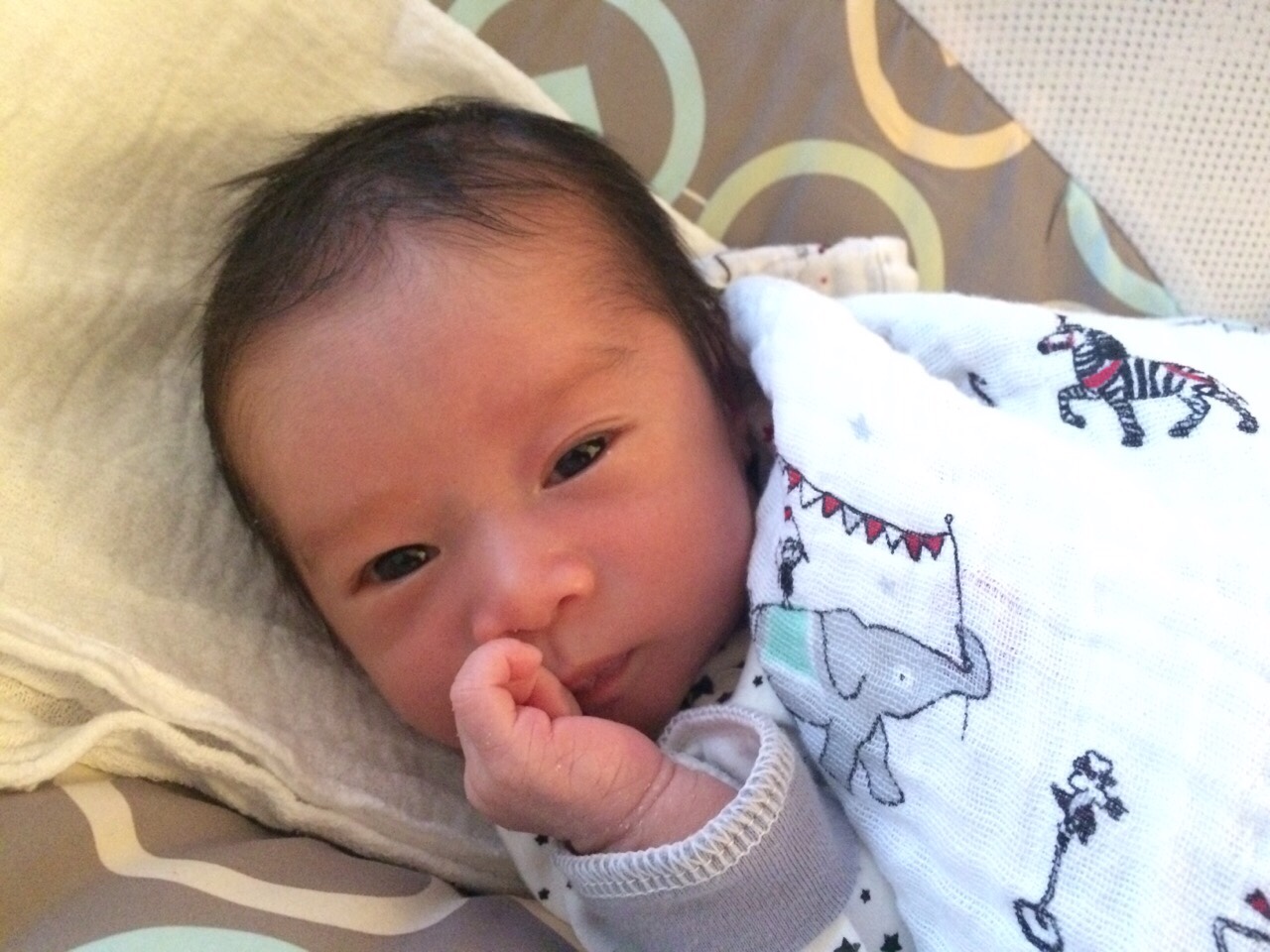 We’ll end up spending the next four days in the hospital due to complications  during labor. It started with my wife and I getting trigger happy with the epidural button, her tiny pelvis and Max ingesting some meconium when he got distressed. It was the longest day, and during the labor my father-in-law and I chose to wait at the ground floor lobby – after being told that they had to bring Rica to surgery to perform an emergency c-section. As soon as we got a message from my mother-in-law that Rica finally gave birth, we were relieved.

As it turns out, Max wasn’t breathing when he first came out. After performing  an emergency procedure to facilitate breathing. Rica just had enough time to see Max before they brought him to the NICU. Needless to say, we were pretty much worried at this point.

Thanks to the amazing team of doctors and nurses in the hospital, mother and child recovered well, with Rica managing to walk a few days later. It was pretty moving to see Max for the first time and holding his hand (he got his dad’s giant hands). Max started feeding and breathing well, and would eventually get a clean bill of health from the hospital. I can’t imagine how Rica and I would survive if it weren’t for the support given to us by our in-laws. It really made all the difference in the world.

It’s been a little over a month since we welcomed Max. He’s been great, sleeping for 4-5 hours straight and loves being breastfed. Max has gained a bit of weight since he was born and his cheeks are starting to swell up. We typically get a day where he’s extremely fussy, then get rewarded with a pretty relaxing, zen-like day after.

I jokingly told my friends that we’ve pretty much hit our quota for life changes this year, having moved offices, had a baby AND moved to a slightly bigger (but cheaper!) apartment in the Upper West Side. We can’t deny the fact that we’re exhausted, but it’s balanced out  by  the sheer joy of Max’s presence. We think he’s going to enjoy the rest of the year, now that it’s starting to get warm.