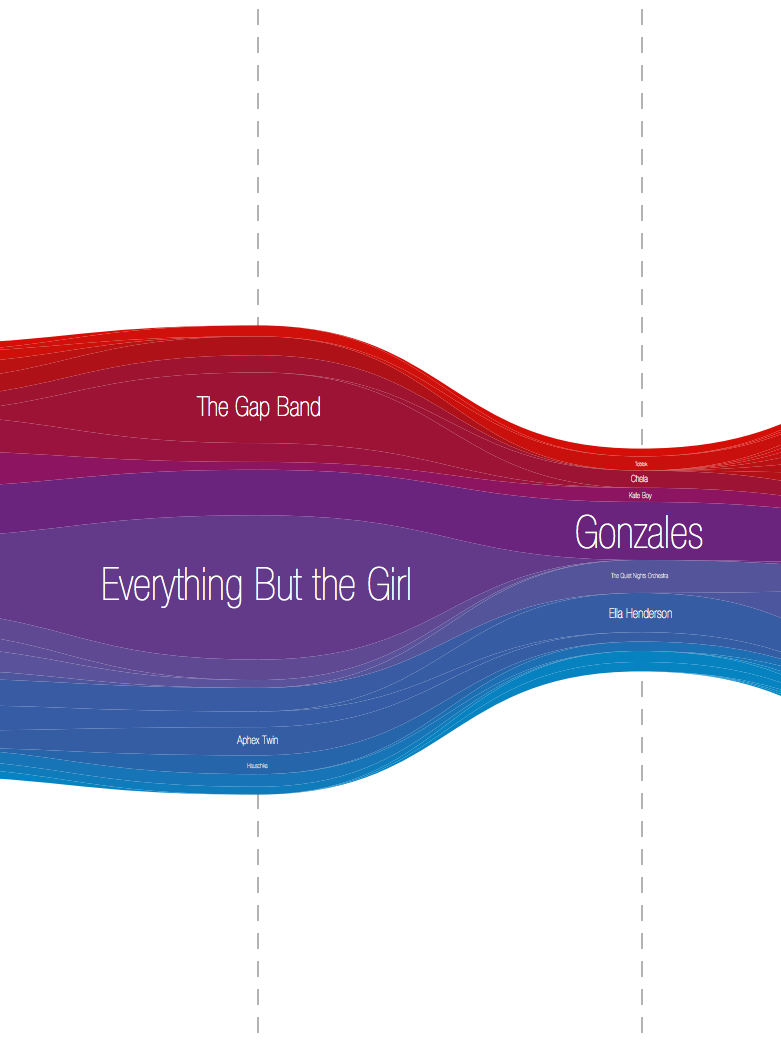 Since 2006, I’ve logged over 114,905 songs on last.fm, the online music service that focused on recommendations and discovery. Acquired by CBS 7 years ago, the service didn’t quite caught up with the community of newer networks like Soundcloud (and even Spotify to a certain extent).

It was pretty damn good for doing one thing though – that is to keep track of music played across multiple devices.

Social by design, it was meant to bring together a community of listeners, taking cue from the growth of social media in the late 00s. I’m just assuming that It somehow lost its mojo, and almost all of my 32 friends on the network stopped using the service, down to just 2-3 people still scrobbling to the service. Visiting the actual site can get lonely. It felt like a time capsule from 2009 . I can’t seem to find a good analysis of its traffic through the years but this Google Trends graph is pretty telling.

I can only speculate on what happened here. But that’s not really the point.

No other website on the Internet has chronicled my life the way Last.FM did. As a scrobbling service, it did a pretty great job working its magic while hidden in plain sight. It was just there, tirelessly keeping track of every song you played. When Spotify arrived in America 3 years ago, I was happy to see last.fm scrobbling support. I didn’t have to say goodbye to the service after all. The story continues.

More than a year ago, I decided to finally pay tribute to this unsung keeper of your personal history. For $3.00 a month, you were given access to the (now discontinued) radio streaming service, discounts on last.fm merchandise, tag-filtering (which I don’t really get), an ad-free experience and early access to new features.

The real fun lies with Last.FM’s, Playground, which allows you to generate various visualizations from your data. The listening trend map, only accessible to subscribers, is probably the best. Currently capped at 24 months, the app produces a high-resolution graph of your listening behavior. The density of the information contained in the image is so amazing that it can actually evoke feelings of nostalgia (“October 2012 was a good month”) to appreciating listening patterns (a depressing winter can really influence how often and what you listen to).

Then you have other reports like this listening clock. 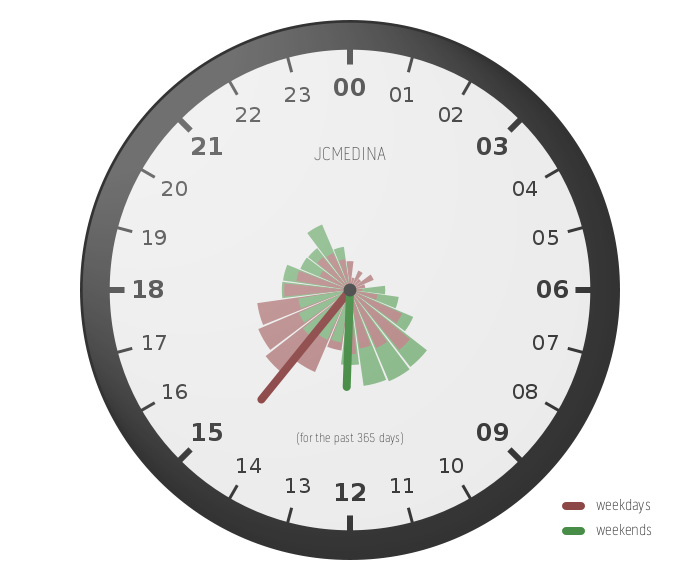 Power users can also export their data. You can load it into a service like vida.io and come up with these awesome visualizations. I recently installed a Soundcloud scrobbler extension on Chrome since I find myself listening to Soundcloud just as much as Spotify. Though it’s a bit intermittent, I have more confidence now on the data I have on Last.FM.

It would be great to have a better way of navigating through your data, possibly integrate it with a service like Timehop just to completely recreate memories of a specific day. I can only hope for better ways to put my listening DNA and history to good use. Getting more people to use the service is a good start.

The Last.fm Spotify app seems to add another layer of utility within the Spotify client but with the discontinuation of the app program , I don’t know if I’ll just play along with the app’s native recommendation engine (not quite as good). I gave up on iTunes when they started making drastic changes to the user interface.