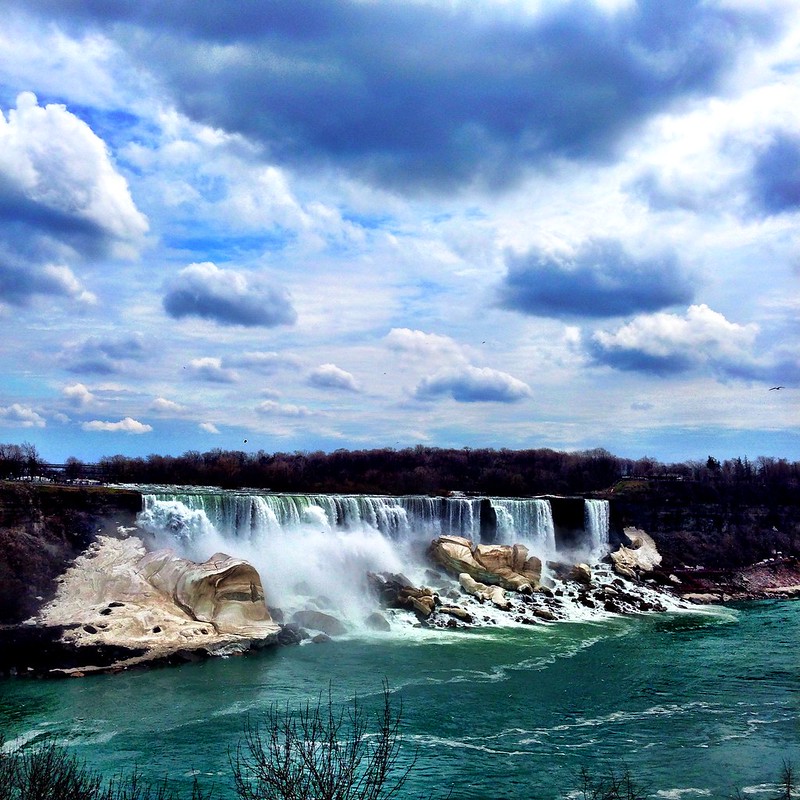 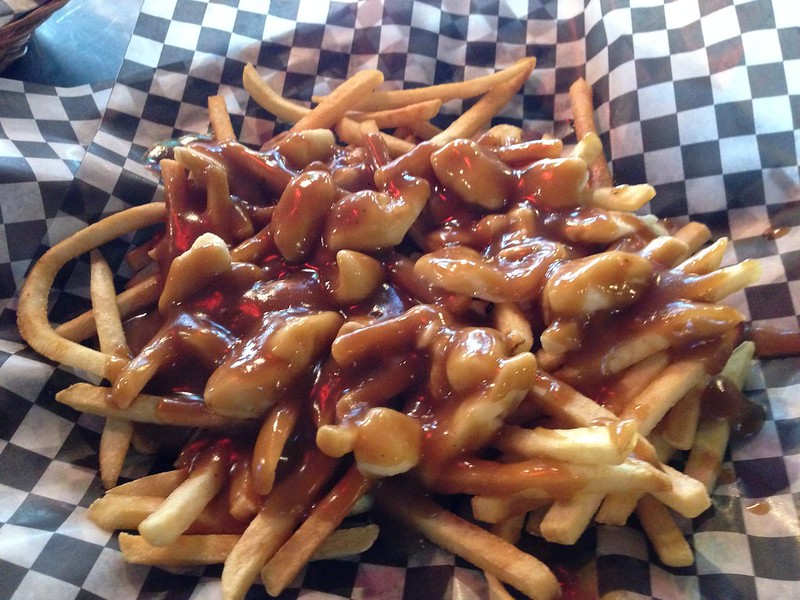 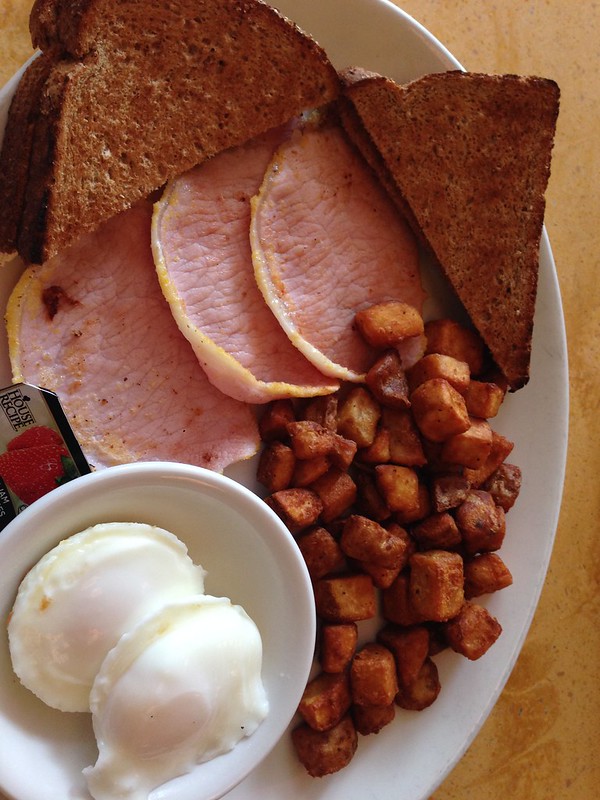 I have a strange obsession with platters. The premise is simple, just combine a complete meal (greens, starch and meat) and stuff them all in one plate. While any buffet plate can qualify as a platter, it all boils down to how thoughtful the combination is.

It all starts with breakfast. The Full English is a combination of bacon, sausage, baked beans, toast, a fried egg, half a tomato, mushrooms and a hash browns.

I first encountered Full English via a Flickr group created in 2005 (via lomokev). It’s still active, with a modest community of 346 members. 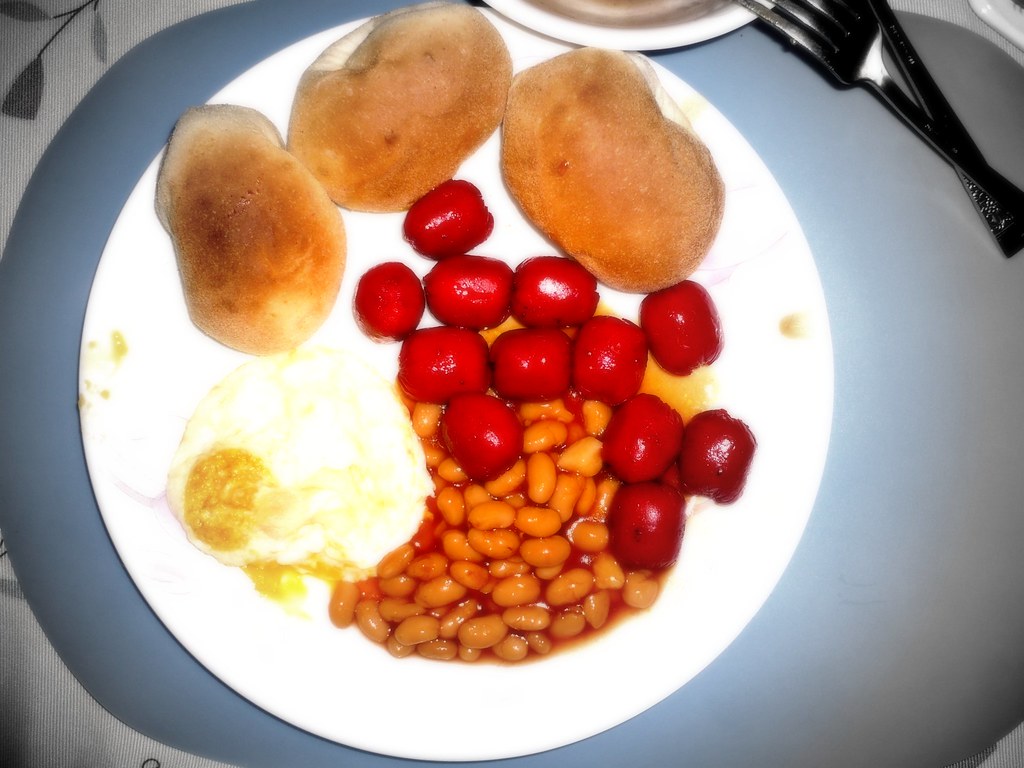 Office workers, in the Flatiron area help themselves with lunch platters sold in food trucks. You can get an inexpensive meal of side salad, protein and rice all cramped in a styrofoam container. The vendor finishes the dish with a generous drizzling of garlic sauce. All for five dollars.

They more or less taste the same (except for the 53rd and 6th Halal guys, The Trini Paki Boys Cart in Midtown West). Due to its proximity to where I work, I go to Rafiqi’s with its toppings and their Italian Sausage/Chicken combo. 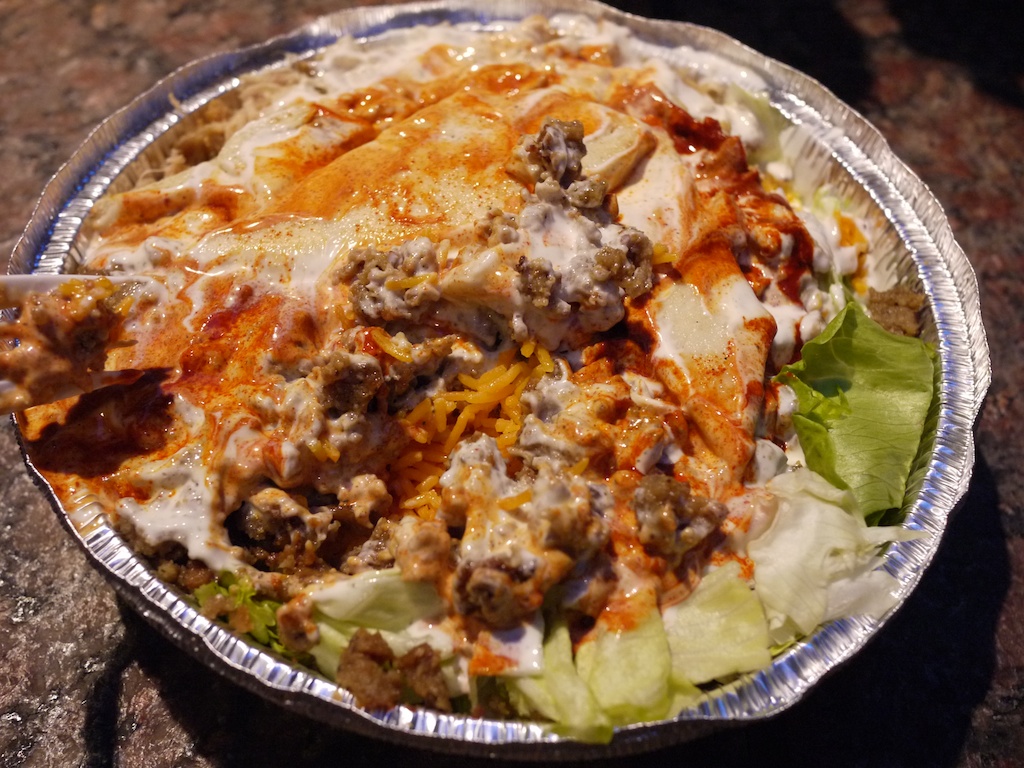 To complete our platter day, allow me to introduce you to Colombia’s Bandeja Paisa.

While good for hangovers, I wouldn’t mind having this for dinner. There are a couple of Colombia restaurants in Queens that serve pretty authentic versions of this. As soon as I get clearance from doctor, I’m there.

I’ve been mulling around the idea of aggregating (even mapping) different variants of Philippine Adobo. While the general concept is in place, I have yet to find time to get things rolling. Maybe with the right people. Adobo needs no introduction. While its distinction as a national dish is subject to much debate, these chunks of meat braised in vinegar, garlic and the occasional soy sauce will always be the best introduction to Filipino cuisine.

I got myself a copy of “The Adobo Book” via Amazon. Originally published in 2004, it contains hundreds of Adobo recipes. While I haven’t tried them all, it’s just testament to “hackable” this dish is. This excited me.

There’s way too many stories to share about Adobo. How I once had an Adobo delivery service in Manhattan, or how I still yearn for our cholesterol-laden version at home and how I found the right ingredients in Chinatown.

In the meantime, I’m posting our family’s recipe here.